The April Games with Gold lineup has been announced and with it arrives four games that both Xbox One and Xbox 360 players can enjoy. 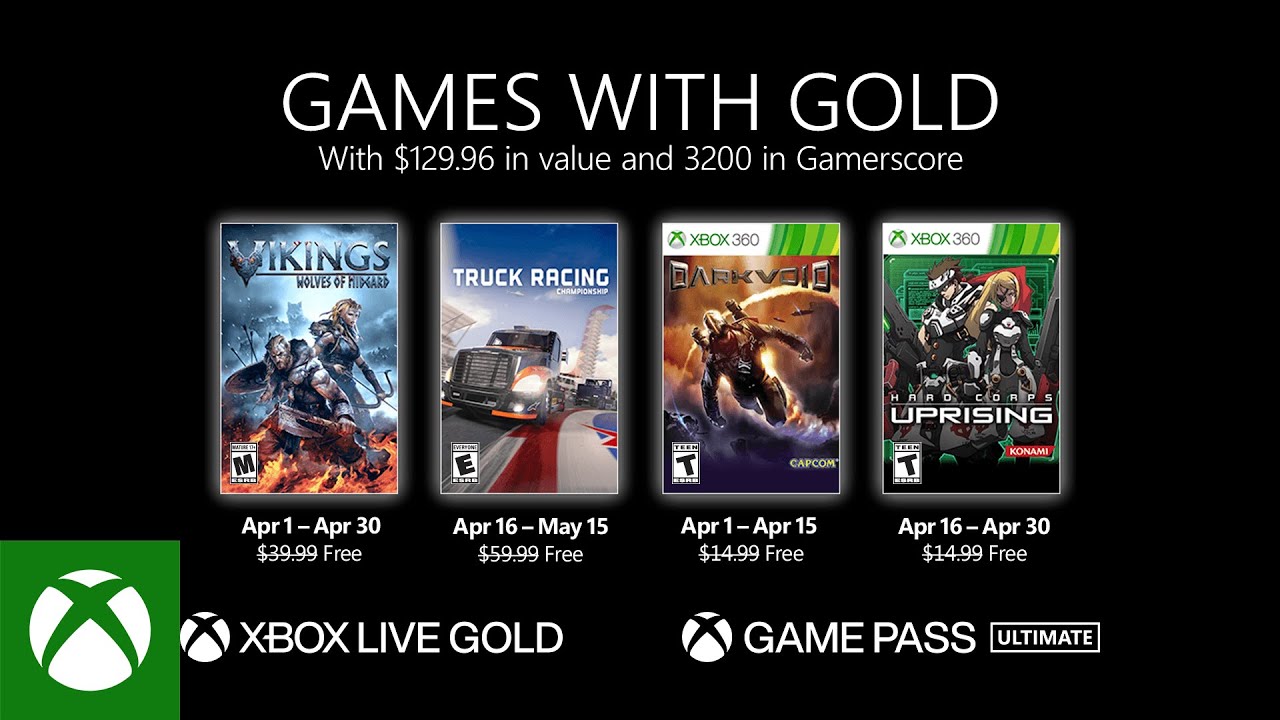 Players will be able to enjoy Vikings: Wolves of Midgard, where they enter a world with a fantasy twist on mythology. Fight Jotan and the beasts of Ragnarok alongside a group of fellow Viking warriors. As you aim to destroy the “fiendish creatures of Fimbulwinter”, you will need to master a variety of weapons and equipment including a sword and shield, two-handed hammers and even bows.

Vikings: Wolves of Midgard will be available from the 1st to the 30th of April for Xbox One owners.

Truck Racing Championship will be available for Xbox One owners from the 16th of April to the 15th of May.

Dark Void will have players entering a “sinister parallel world full of hostile aliens and deep mystery”. With an array of powerful weapons available at your disposal, enjoy both ground-based and aerial combats in this adventure game.

Dark Void will be available from the 1st to the 15th of April for Xbox 360 and Xbox One owners.

Hard Corps: Uprising is a retro run-and-gun title that will see you write your own legends in two different modes – Arcade and Rising. Will you be able to survive? Hard Corps: Uprising will be available for both 360 and Xbox one owners from the 16th to the 30th of April.

Are you excited for this months Xbox Games with Gold lineup? And which game will you be trying out? Leave your thoughts in the comments below.

Nioh & Outlast 2 Announced As PS Plus Games For November