If you had millions The Lounge

If you won the lottery and got hundreds of millions, what would you buy? Would you try to live a normal life or a nice lavish one?

Travel would certainly be a top priority and. 2nd, I could fund all my projects the way I want to.   Anyway, a lavish life would not be in the works - minus the travel, but I would buy an upper-middle-class home.

Certain effective charities would be on the list.  However, I think job creation would do wonders for most people - as far as improving their life - and there's less a threat of cheating.  For instance, if you give charity to certain groups, corrupt factors will swindle it.

Anyway, everything should be in secret - cause I think people get off on self-righteousness, as well as the fact everyone would want your money, lol.

Invest in property and rent out the property. Make other good investments and live of the money for the rest of my life. I would enjoy my life, and do my hobbies everyday and all day. 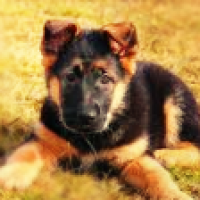 58 posts Member
#1943
I would use it to buy a house, potentially a new car, but still live a relatively normal life. I would also use the money to start up a business or two and then invest a lot of it elsewhere.
Jan 13, 2018
Quote Report Post

Buying a nice home and car, new gaming room and setup, charity and investing in something.

If I won a hundred million I would honestly donate half of it to charity- kids with cancer, the homeless and to the poor in general, and also give some to my family, relatives and friends.

Of course I would put it in good use while looking forward on things to do in order to make it productive and not loose it in the end. If I had millions, I would probably invest on building companies that can benefit others. It is nice to think that having the cycle of earning and making people have available jobs for them is a good cycle to start with. Its like build equals available jobs for others, equals profit, equals having the means to build again. helping not just wasting the source of means. 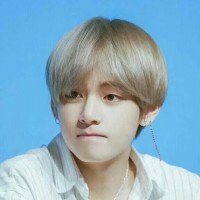 If I have millions of dollars. I will buy a house in Daegu near the house of my grandma. I miss her so much. She's the one who took care of me when I was a toddler. And I will give her the house. She don't want to leave her hometown that's why she insisted to stay there. Second, I will deposit it maybe in the bank and spend it properly. And Last I will buy a concert ticket of BTS. he he.

Well as for me, I could only build a normal house and buy a salon car. I could then invest the remaining amount in a bank, and now wait to eat the yearly interest all through. Taking myself to a high class, is never my achievement; I stay humble.