The new year is approaching quickly and it means that it is time for the Xbox Games With Gold lineup for January 2018 to be revealed.

Xbox One gamers will receive the final chapter of the Van Helsing trilogy, The Incredible Adventures of Van Helsing III which will be available from the 1st of January 2018. The other game to be made available as part of the lineup for Xbox One owners will be Zombi, which will have players fighting "your survival on the streets of London during the zombie apocalypse".

Xbox 360 users (and Xbox One users through Backward Compatibility) will be able to enjoy both Tomb Raider Underworld and Army of Two. The later being added from the 16th of January. 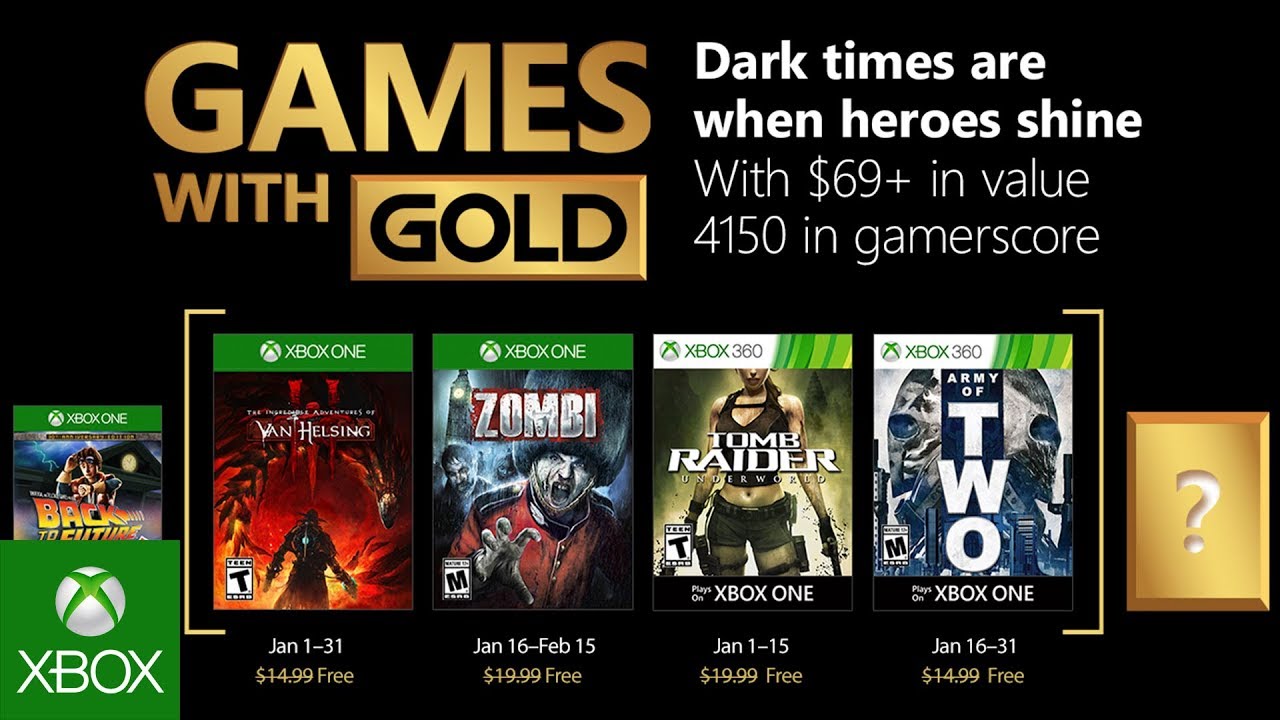 
Will you be downloading one of the Xbox Games With Gold titles?