The latest line-up of Games with Gold for the month of September has been revealed which will have a value of over $114!

Gamers will be able to play Hitman: The Complete First Season, We Were Here, Earth Defense 2025 and Tekken Tag Tournament 2 in the month of September. Make sure to keep the specific dates for each game in mind as there will only be a small period to download some of the games in the line-up. 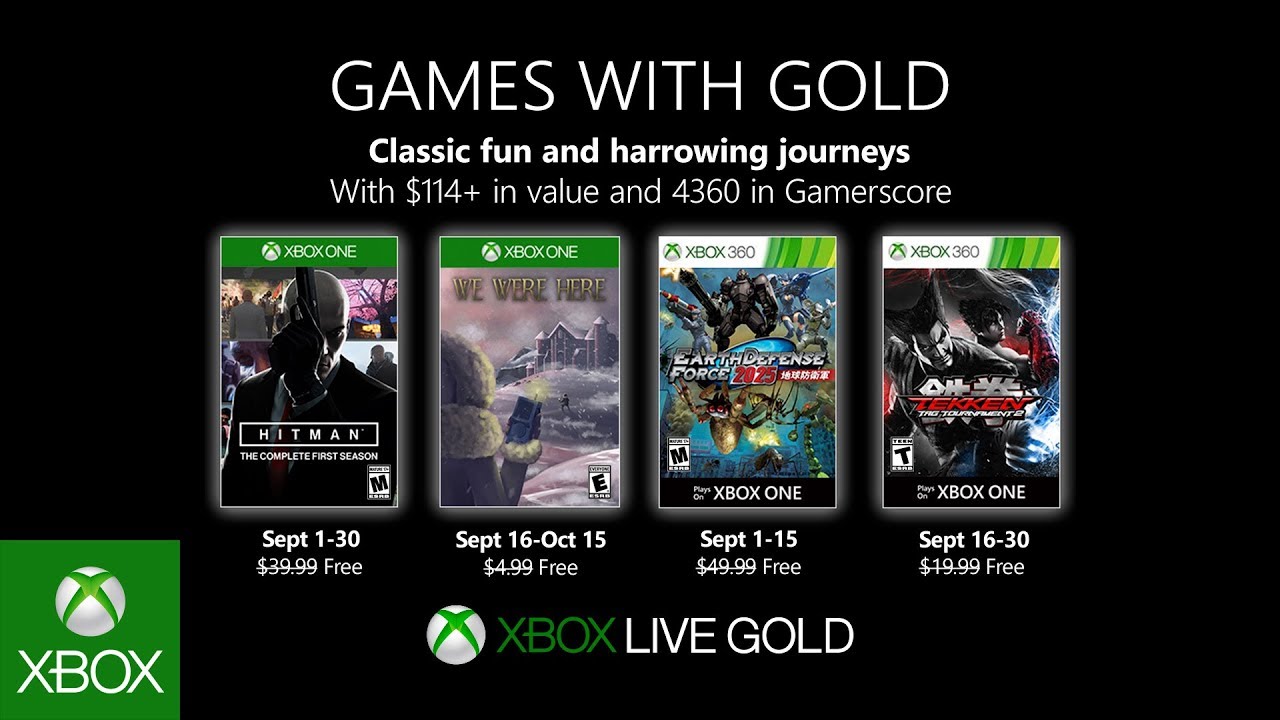 Players will be able to take down high-profile targets as they explore this intense spy-thriller world. This game will feature a large number of challenges and contracts that have been assigned to Agent 47 from around the world ranging from Paris to Bangkok.

“Learn the tools of the trade and earn your way to Silent Assassin status in this award-winning stealth action game.”

With We Were Here, players will be able to “team up with a friend or a stranger online to escape an abandoned castle”. The game will be a challenging puzzler that will see you play with someone else, both trapped alone in “different parts of a mysterious castle with only your walkie-talkie and voice to help you”.

Players will need to ensure that they communicate and collaborate with their teammate as only your voice and teamwork will “allow you to escape”.

We Were Here will be available from the 16th of September to the 15th of October for Xbox One gamers.

You will need to be ready to defend humanity with this game. After eight years of peace and prosperity, the Ravagers have returned but are stronger than ever. Players will need to “utilize hundreds of weapons at your disposal across four different character classes to repel the terrifying invasion of giant aliens and save the world”.

This game will only be available from the 1st of September to the 15th of September for both Xbox One and Xbox 360 gamers.

This game will see players “unleash the most vicious combos” as they try to claim ultimate victory. With solid gameplay and a massive cast of character, you will need to select carefully to ensure you become the best player and come out on top.

For Honor Will Have a Free Weekend Before Launch of Season4

Fortnite May Eventually Arrive For The Switch