A new month means a new Games with Gold lineup for Xbox Live Gold members. And this month, players can enjoy some rally car racing or some basketball fun. 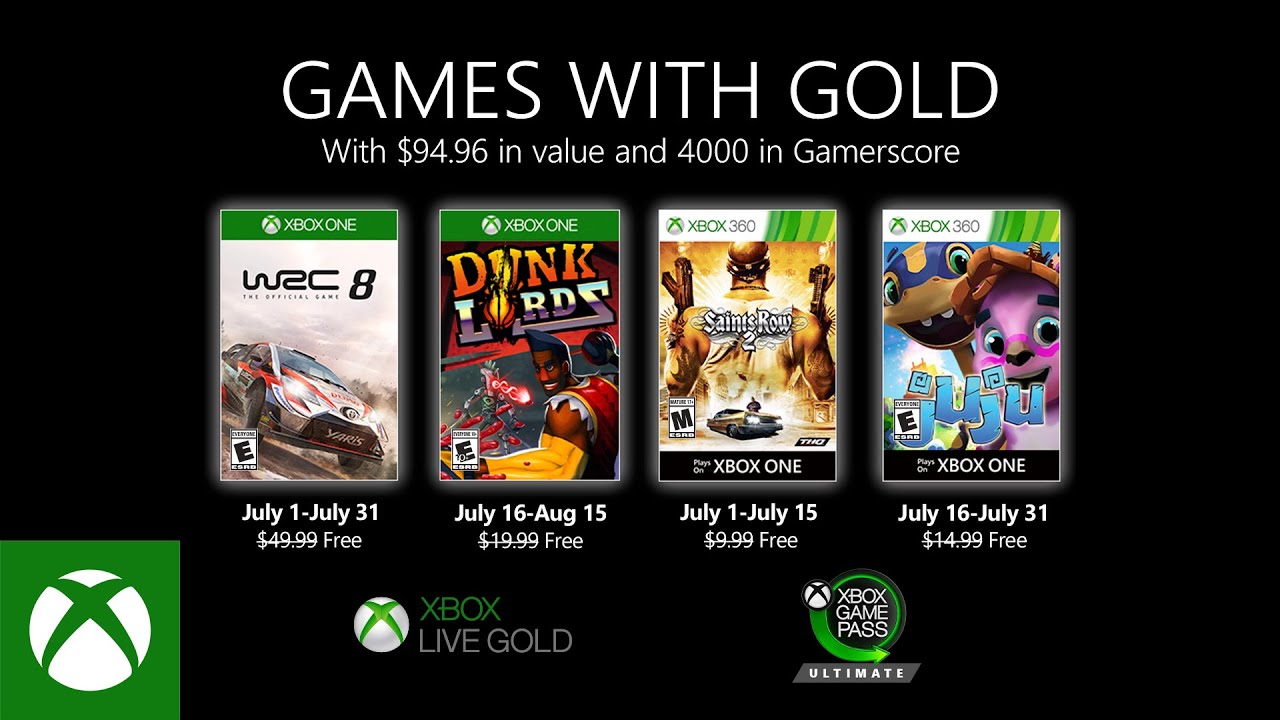 Get ready to enjoy an authentic world rally simulator with WRC 8 FIA World Rally Championship. With over 50 teams to play as, 14 rallies and over 100 stages, players can enjoy a game with a large amount of content. And with a dynamic weather system alongside true-to-life physics, players will be able to enjoy every aspect of rally racing.

Battle it out in this 2v2 basketball beat ‘em up. Players can choose from 20 of the best and baddest ballers, each baller having different special attacks and abilities. Enjoy Story Mode or play with up to four friends in pickup games.

The second game in the Saints Row series will see you explore a massive open world by land, sea and air. With over 40 story missions to complete, you’ll have plenty of time to “seek vengeance and restore the Saints as the rightful kings of Stilwater”.

“Get ready to jump to a new level of adventure! Embark on a dangerous and mystical journey with the shaman panda, Juju, and his lizard sidekick, Peya, to save both his father and world from an ancient evil. Bounce, run, chant, and battle enormous bosses in this beautifully animated and enjoyable platformer.”

Are you looking forward to some rally driving? Or will you be enjoying some Saints Row 2 instead? Leave your thoughts in the comments below.