If you follow Fortnite’s social media closely, then you’ll know all about the hate that the recent addition of the B.R.U.T.E has received recently.

And whilst the #RemoveTheMech hashtag was noticed by Epic, their article on the Fortnite blog that defended the addition of the B.R.U.T.E did not help ease any tensions. One particular point that Epic wants to “bring players of all skill levels together to have a fun experience where anyone can win” did not go down well at all.

The hate and complaints from fans didn’t slow down and it seems Epic has finally noticed that maybe something needs to be done about the B.R.U.T.E mechs in the game. Several changes have already been made and these adjustments are live in the game right now without the need for a patch or download.

The biggest change is that the maximum amount of rockets that can be fired from the B.R.U.T.E has been reduced from 10 to 6. Additionally, the rate at which these rockets can be fired has been decreased by 56%.

“Our goal with these changes is to increase the back and forth between the users of the B.R.U.T.E. and the players they face. These changes allow the players on the receiving end of the missile volley to have more time to react and protect themselves.” 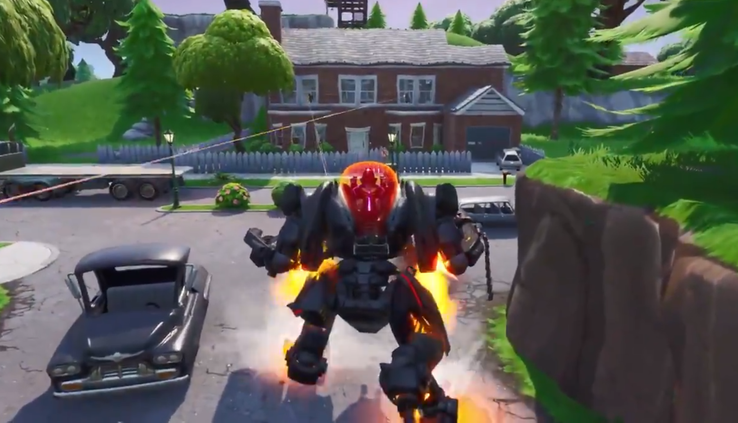 “Our goal with this change is to improve consistency and understanding around focused barrages of missiles. B.R.U.T.E.s will continue to be a strong option against structures, but less lethal against players.”

The cooldown for the dash ability has been increased to 5 seconds from the previous 3 seconds.

And Epic has aimed to reduce the mobility of the B.R.U.T.E by decreasing the velocity that can be gained from boosting whilst the Mech is in the air by 33%. This will stop the B.R.U.T.E from being able to engage enemies from afar.

Are these balance adjustments enough to stop the B.R.U.T.E from being overpowered? Or should they be removed completely from the game? Leave your thoughts in the comments below.