The latest “big update” has arrived for Call of Duty: Modern Warfare and the contents of this patch has left fans somewhat disappointed.

Let’s start with what was added with the patch. Included was two brand new Special Operations for you to enjoy with strangers and friends alike including “Harbinger” and “Brimstone”. A classic special operation – “Door Kick” has also been added with a 3 star rating system which will see you unlock XP and other multiplayer unlocks based on the number of stars you get.

A brand new playlist has been added to multiplayer. Dubbed “Realism Moshpit”, it will feature various maps that will see you play Domination, Hardpoint, Headquarters and Kill Confirmed.

Another fan favourite has returned to the game. Gun Game will now be available to play and you’ll even be able to play it on certain night maps.

The rest of the “big update” is full of smaller additions, changes and bug fixes including:

The volume and sound type for crouch walk and walking whilst aiming down sights has been adjusted.

Players can now choose to disable the spawn camera.

An issue where selected killstreaks would revert to the previous selection whilst in a match has been fixed.

You can also finally fully take advantage of thermal scopes as they can now be used to see through any smoke grenades.

Various challenges and missions have also been fixed so that they record progression properly (including “Doing Work”, “Aggression” and “One Trick Pony”).

You won’t have to figure out whether the enemy can see your scope glint as a description has been added to all optics that have scope glint. 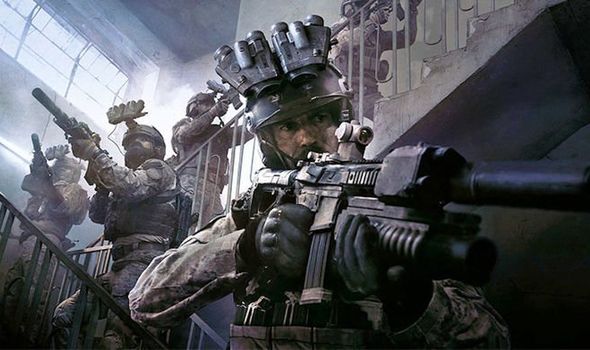 Various fixes have been added to prevent any hitching/stuttering from occurring during cutscenes.

Now whilst most of the time, players would be grateful for a patch that adds some new content and fixes several bugs, fans are not happy. And that is because the team at Infinity Ward have been teasing a “big update” with over 2 pages of notes that apparently took them a lot of time to edit and check.

For many, this felt like an update that would solve a lot of the big problems in the game including SBMM, the 725/M4A1 and the mini-map. But it seems they do not want to address these issues so fans will need to wait a little longer to see if these issues are ever addressed and resolved.

Let’s hope that this wasn’t the “big update” that Infinity Ward was talking about and they have something more to come.

Are you happy with this patch? Or are you disappointed like many other Call of Duty fans? Leave your thoughts in the comments below.